One of three LINE hotels (the others are in D.C. and Austin), the LINE LA is a thumping boutique hotel located in the 24-hour Koreatown neighborhood, between West Hollywood and Downtown. The midcentury-modern structure was originally built in 1964, and was reimagined for the LINE LA by interior designer Sean Knibb, who opted for natural materials, organic shapes, and indoor-outdoor spaces that encourage function and conviviality. Most of the hotel’s 388 guestrooms and suites offer breathtaking floor-to-ceiling views of the Hollywood Hills or Koreatown itself, and all feature unique watercolor artworks by Claire Oswalt which align with the hotel’s omnipresent Korean theme (there are even Korean snacks in the guestrooms’ minibars). Diningwise, chef Josiah Citrin serves up seasonally driven California plates in his restaurant Openaire (adjacent to the recently updated pool deck) and at the lobby bar. Late-night revelers can dance until sunrise at the LINE’s on-site nightclub, Break Room 86, hosted by the Houston Brothers and inspired by the soundtrack of their 1980s upbringing. 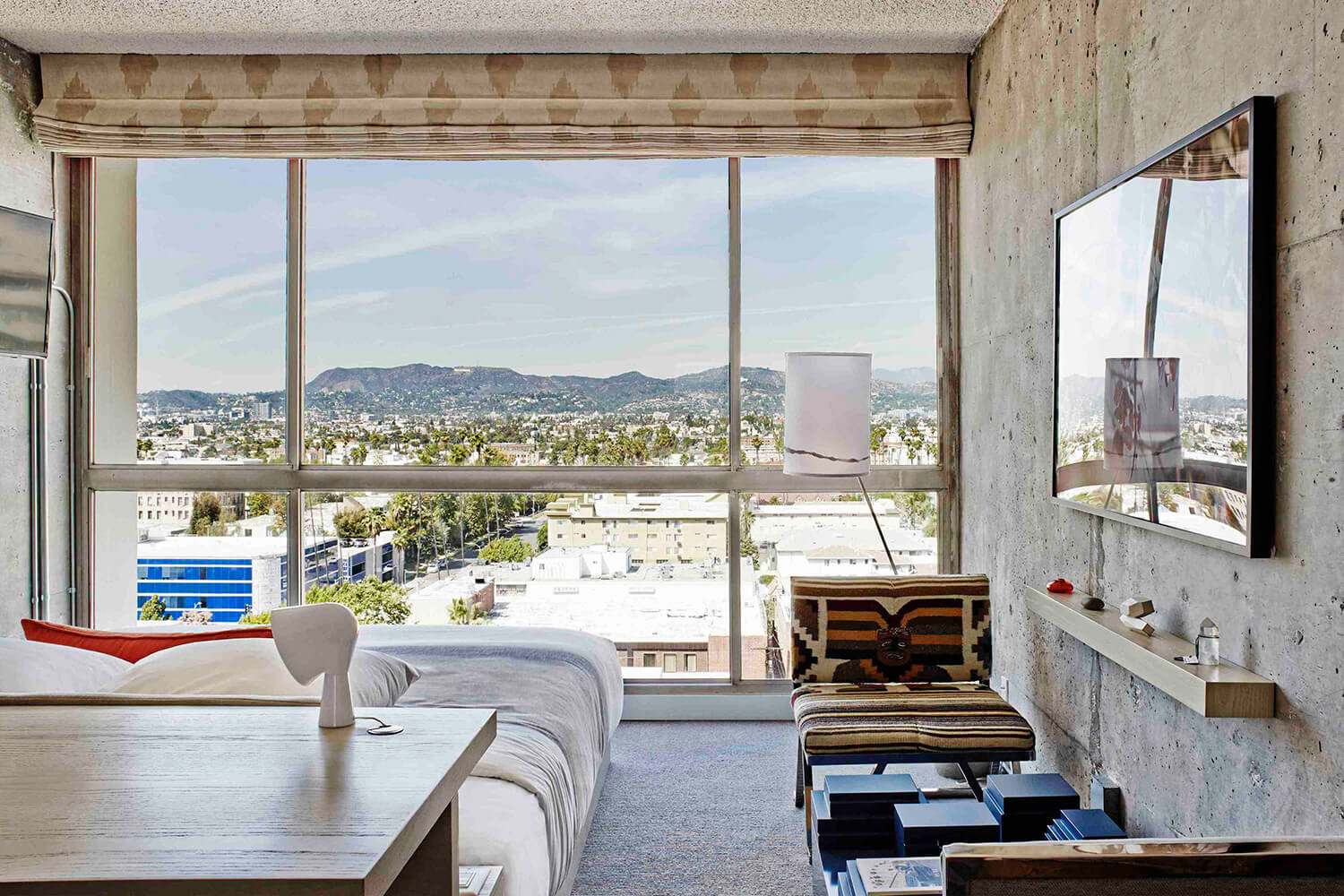